In order to view this page properly, you need a browser that supports CSS Grid. Please try the latest versions of Chrome or Firefox.

The idea of finding feathers as a sign of connection to spirit is one
that is common throughout world cultures and history.

We can trace the symbolic representation of feathers all the way back to the ancient Egyptians who used feathers as symbols of the heavens in hieroglyphics and associated ostrich feathers with justice and the goddess Maat. In fact, many Egyptian as well as Greek, Roman and Hindu myths share bird and feather references in their stories linking the gods and goddesses to divine power. Many of the deities are aligned with bird companions, such as Athena and the wise owl or Saraswati and the swan.

In indigenous cultures around the world, feathers are used as power symbols and honored in spiritual ceremony. In Native American tradition, the tribal chiefs wore a headdress of eagle feathers allowing them to connect to the energy of Great Spirit through the crown of their head. A feather could be a symbol of trust, honor, wisdom or power as the Native Americans believed each bird possessed a particular energy or medicine. Eagle is a particularly powerful symbol of divine spirit and wisdom. Through this connection to feathers, the particular qualities of the bird totem could be accessed either for healing or spiritual connection.

The most common experience and belief around finding feathers in our modern society is linked to angels. Angel wings are commonly represented in images as white feathers and suggest the connection of the bird kingdom with the angelic realm. White feathers found on the ground are thought to be a sign from angels of a dearly departed relative or friend sending a message from beyond. The idea of angels using feathers to make their presence known sits well with those who find comfort in the knowledge that they are being looked out for or surrounded in angelic protection. Many have had the experience of finding feathers at a specific point in time as a sign or answer to an unspoken inquiry or prayer. It may provide a validation of messages, intuition or certainty that you are on the right track.

In my personal experiences, I have had periods of time where multiple feathers from a particular bird messenger has appeared to alert, inform and ask me to pay attention. One summer, each daily walk would produce one or more “found” hawk feathers from a red tail hawk, amounting to about 50 by summer’s end. Now, I know those feathers did not come from one bird but from multiple birds over that period of time. I began to look deeper into the symbolism of hawk and discovered that hawk is very often the messenger of communication and awakening intuition. At that time, I was just beginning to open up to my own intuitive gifts and was being called to communicate through teaching and writing. Hawk has been my ally and one of my totems ever since.

When you work with the Divine Feather Messenger deck, it brings all of these aspects together with the opportunity to “find feathers” during our everyday encounters with nature. This beautiful deck includes double-sided cards featuring the feather image on one side, which can be fanned out as you prepare to select a messenger card. The reverse side of the card depicts the bird image, name and inspirational message. The cards can be used as a daily pick or “feather find” or can be used in a more traditional three-card spread representing past, present and future energies. The guidebook contains information and insight about the bird as a symbol as well as a spiritual message for the user.

The natural world and the spirit realm are always in perfect alignment. There will always be people who desire to connect with these worlds as they seek healing and guidance. Receiving that teaching through feathers and bird totems is a magical way to experience that connection. Each bird does indeed have its own unique qualities, which are all of value. The colors of feathers also give us messages as to their energy and symbolism. For example, black feathers are a sign of protection, mystery, and magic. Green feathers reveal love, health, and compassion. The language of feathers is even more varied as we connect color with divine energy, bird symbolism, seasonal and elemental influences.

Republished with permission from alisondenicola.com. 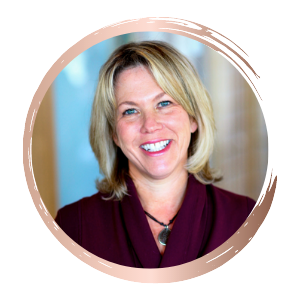 Join Allie DeNicola for this informative and experiential class focused on revealing simple yet profound ways to access angelic vibration. She will share a blend of mudras, meditation, shamanic, and angelic practices for connection, inspiration and healing. Learn how to ground energy, use feathers, stones and other earth objects as healing tools and to enhance the divine energy of the angelic realm. Become an empowered channel of earth, heaven and the angels.